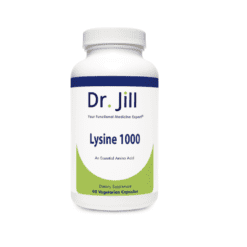 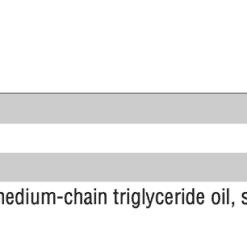 L-Lysine is an amino acid that is essential to human physiology. Lysine is vital for normal growth and for the manufacture of collagen, a substance important for healthy skin, bones, tendons, and cartilage. Supplemental lysine may be appropriate for individuals on a high- arginine diet.*

An “Essential” Amino Acid Lysine, known chemically as 2,6-diaminohexanoic acid, is one of nine essential amino acids. Concentrated in muscle tissue, lysine is the amino acid that the body most highly conserves. An amino acid is a building block of protein and is considered “essential” when the body cannot manufacture it in sufficient quantities. Plants and bacteria can synthesize lysine from aspartic acid, but humans must meet their need for lysine by obtaining it directly from food and/or dietary supplementation. L-lysine is the primary limiting amino acid for protein synthesis for those who consume a cereal-based diet.*

The adult recommendation for lysine intake varies according to the organization citing it. For example, the World Health Organization estimates the adult daily intake requirement to be 30 mg/kg body weight/day, while the Food and Agriculture Organization of the United Nations estimates the requirement to be only 12 mg/ kg/day. Doses for short-term use range between 3000-9000 mg/day, while the general maintenance dose tends to be closer to 1000 mg per day. Additional lysine, above maintenance needs, is believed to support healthy growth in children.[1-4] Lysine requirements may change under specific physiological circumstances as well. For example, a University of Toronto study suggested that women have an increased need for lysine during the luteal phase of their menstrual cycle due to increased protein catabolism.*[5]

The need for lysine is mostly satisfied by an average US adult diet, which consists of 6-10 g of lysine per day. However, athletes and non-legume–consuming vegans may require more lysine. Signs of insufficient dietary intake of lysine include low energy, agitation, poor sense of balance, nausea, poor appetite, slow growth, and bloodshot eyes.*

The Importance of Lysine in Health

As a building block of protein, lysine is obviously important in the growth and repair of tissue.
In addition, it is essential to the body’s synthesis of carnitine, a nutrient the body uses to convert fatty acids into energy and to maintain a healthy cholesterol level. Lysine also must be available for the synthesis of collagen, a substance needed for healthy bones and connective tissue, such as skin, tendons, and cartilage. Lysine enhances calcium absorption and the incorporation of calcium into the bone matrix. It also supports renal conservation of calcium by reducing urinary loss of this mineral.[6] In the presence of higher amounts of diet- or supplement-derived arginine in the bloodstream, additional lysine may be needed to provide balance between these two amino acids.*

DIRECTIONS: Preferably on an empty stomach, take one to two capsules three times a day, or as directed by your healthcare practitioner.

STORAGE: Keep closed in a cool, dry place out of reach of children. 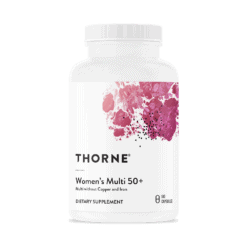 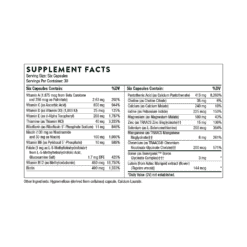 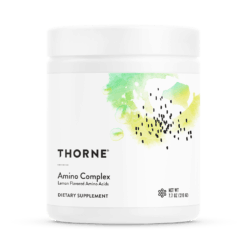 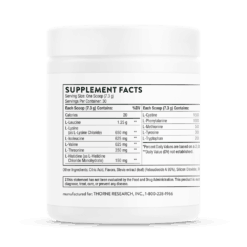 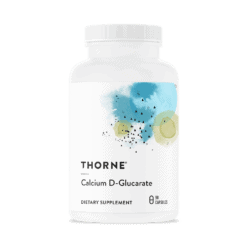 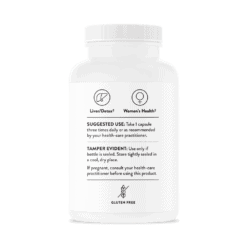 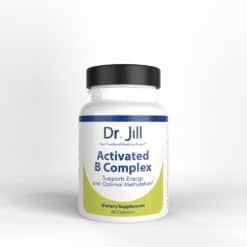 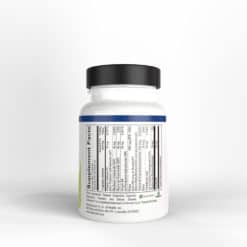